The lobby was large and inviting, with many seats sprawling the lobby floor. 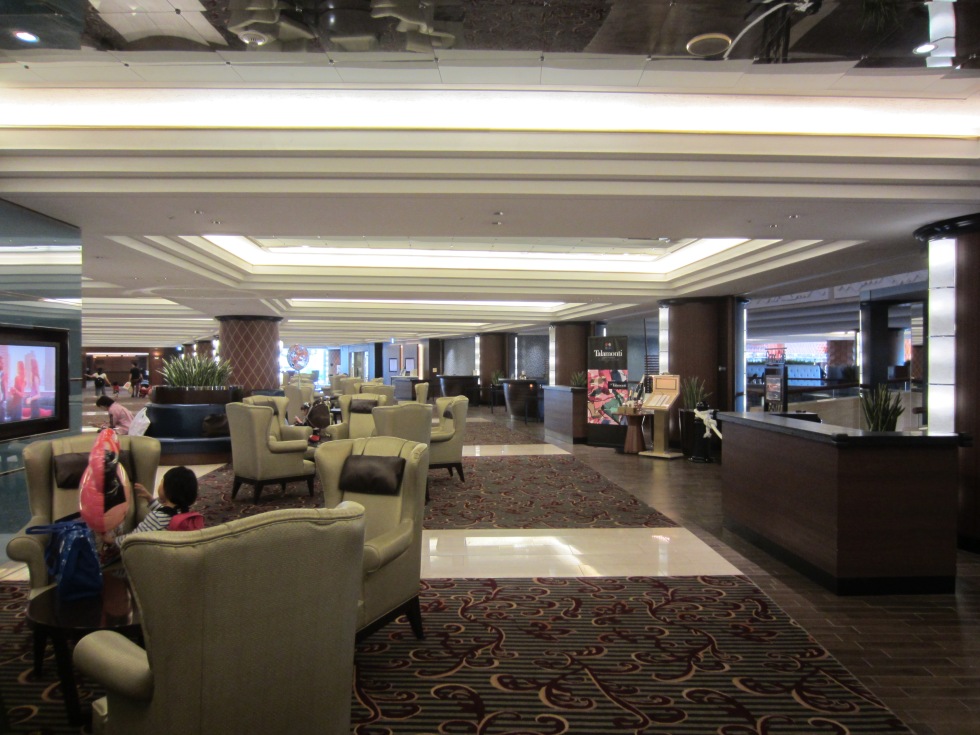 As with all official Disneyland hotels, there were booths for the purpose of purchasing Disneyland tickets in advance, saving you time from queuing at the park itself.

The hotel has many direct links to Disneyland, such as the shuttle bus and the resort line mentioned earlier. 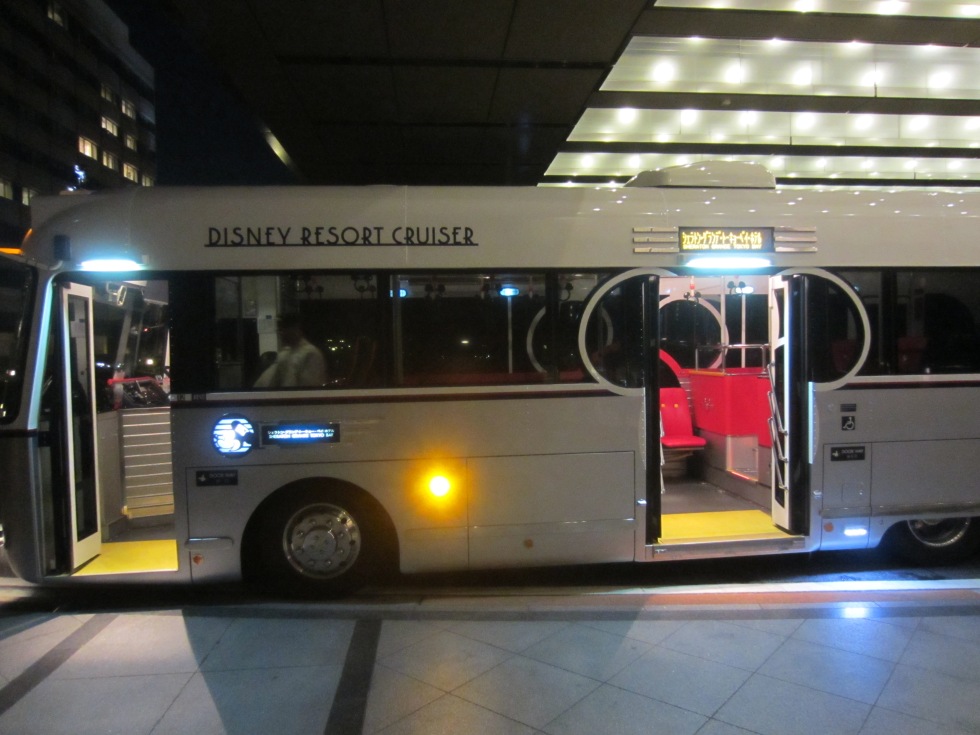 My cards were issued pretty quickly, and since I had plans to visit Disneyland Tokyo on the same day, I quickly headed up to my room to drop my stuff off and to freshen up a little. 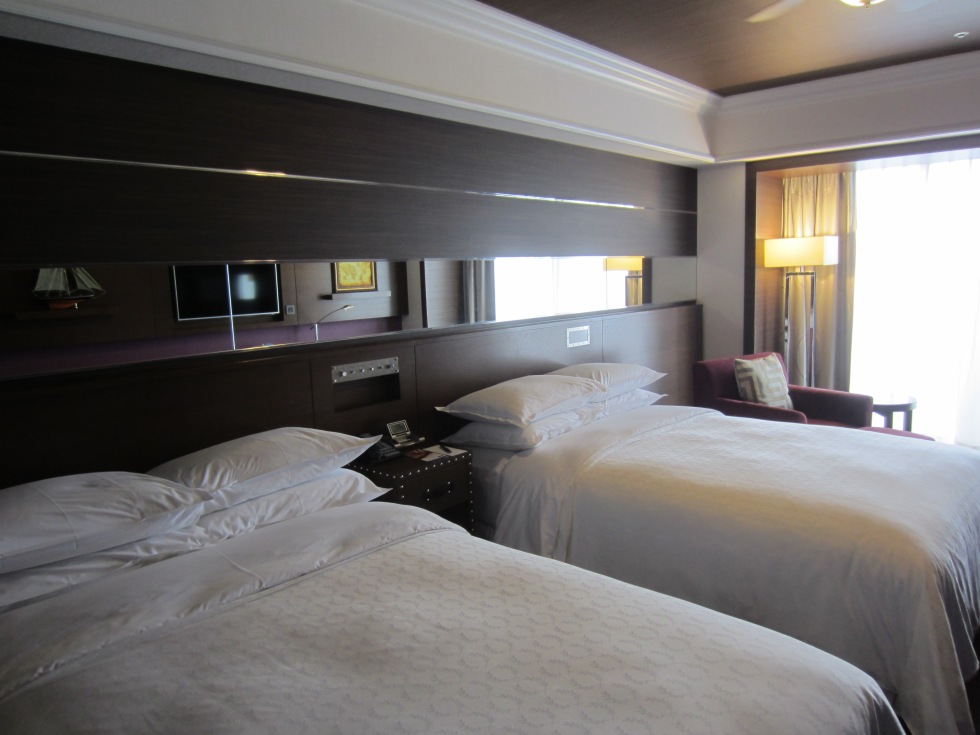 Being located at Tokyo Bay, the hotel had a nautical theme to it. The room resembled a cabin on a cruise ship, with dark natural tones and wood finishing. Even the bedside furniture resembled a little chest box not unlike those you can find on a pirate ship.

Right by the windows was an arm chair and a standing lamp. 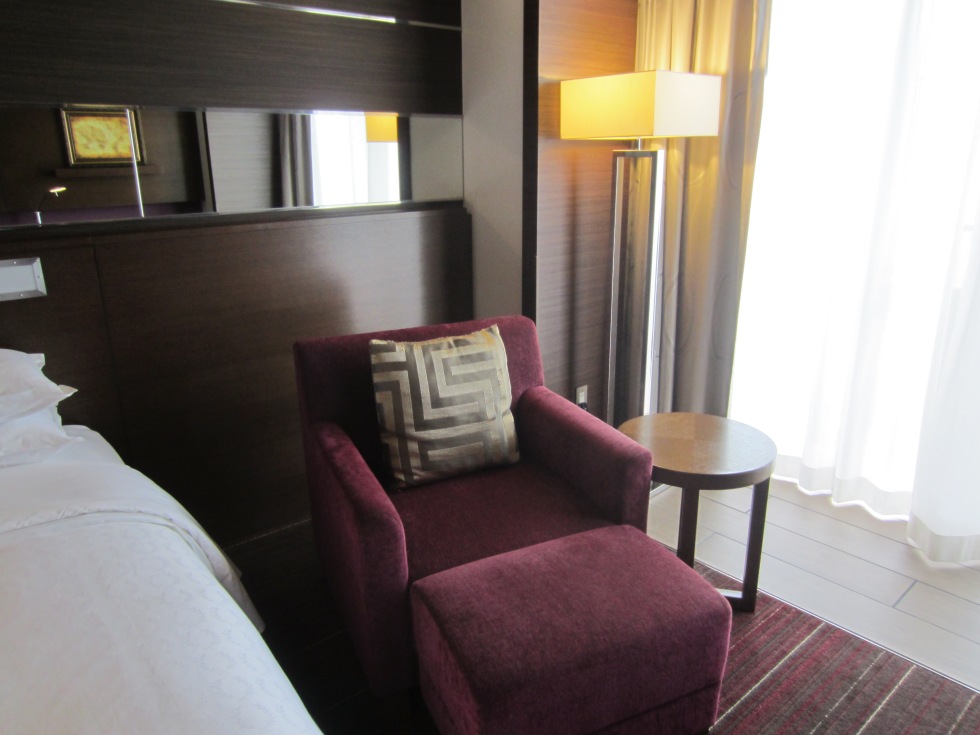 In front of the room was a table and a couple of chairs, which was great for in-room dining.

The bathroom was spick and span and it was kept this way throughout my stay. 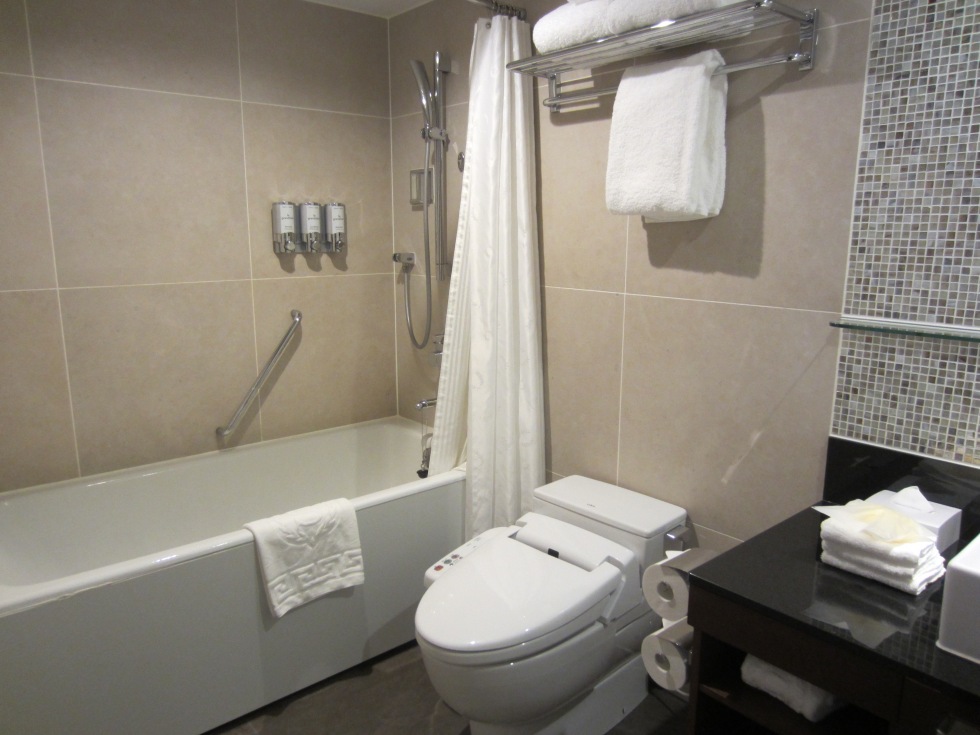 There were complimentary bottles of water, and the mini bar had a somewhat limited selection of snacks. 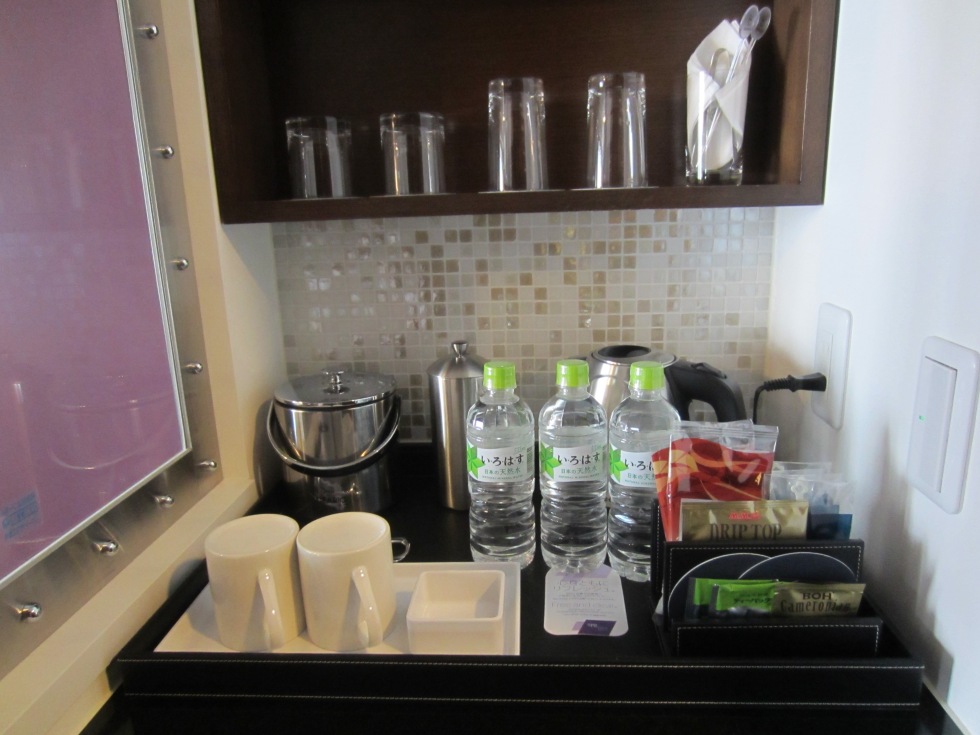 The hotel has a club for guests in rooms with the club-eligible rate. Despite its size, it can get a little crowded in the morning during breakfast.

Facilities wise, the hotel doesn’t have an impressive gym. With only cardio machines and no cables and free weights, you may find yourself with pretty limited workout options during your stay. 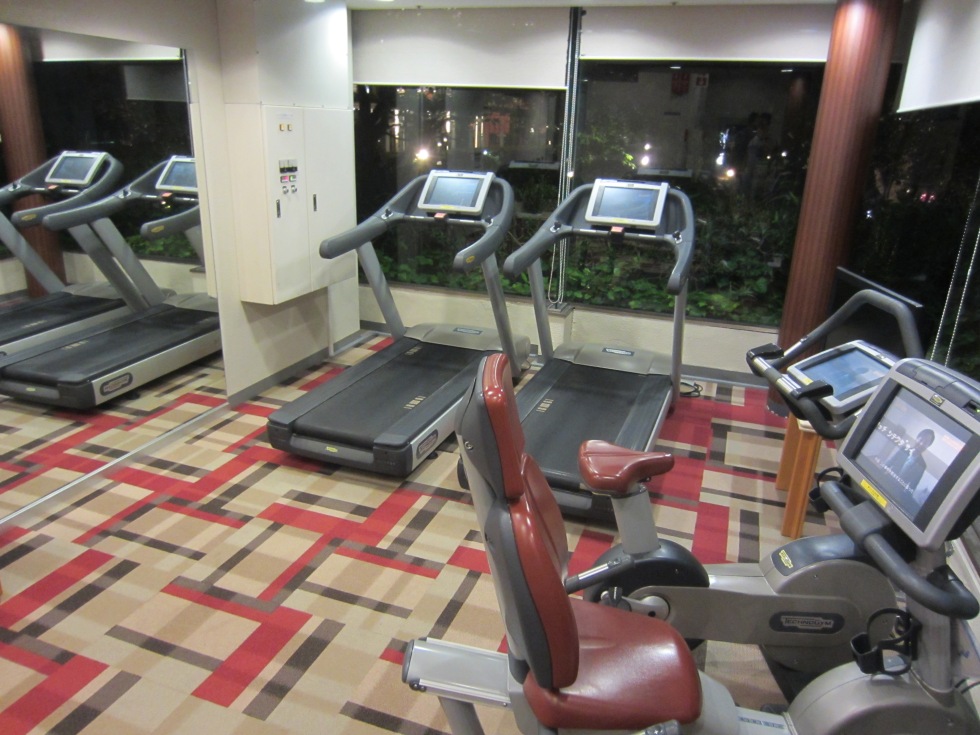 However, there is a lovely garden with beautiful landscaping and flowers, perfect for an afternoon stroll.

You’ll also find a mini golf course there, where kids and even adults can be entertained.

The outdoor pool was surrounded by rock formations and waterfalls which I found very relaxing to wade in. 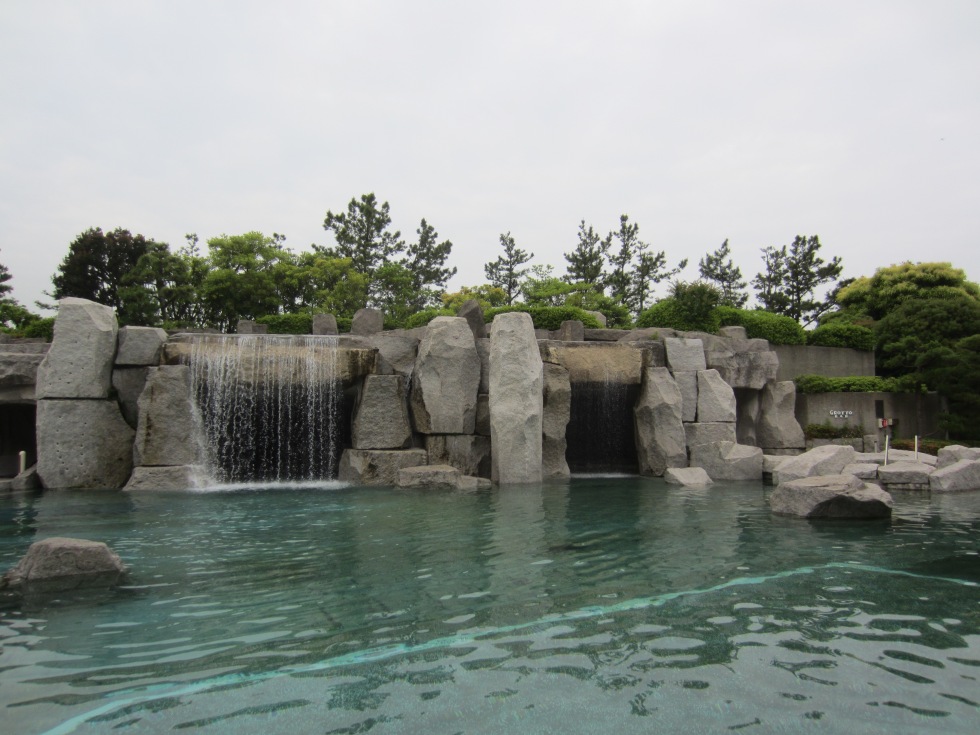 Overall, the Sheraton Grande Tokyo Bay Hotel is great for families and couples who intend to spend a few days at the Disney Resort. Even if you need to make a trip downtown, the hotel is well connected to almost all major city districts via the rail network.