Singapore Airlines premium class passengers are able to visit the ANA Lounge during the technical stop in Tokyo (Narita) enroute from Los Angeles to Singapore. This was the exact same lounge that I visited on the flight enroute to Los Angeles earlier. This time, the lounge seemed emptier, and I was able to enjoy some peace and quiet during the transit period.

Boarding for the onward sector to Singapore commenced on time. The Japanese really take punctuality seriously, which is a major plus point when travelling from Japanese airports.

After boarding, I returned to my seat 21K. As this is a 5th freedom route, passengers can get off or on the flight at Tokyo (Narita) between Los Angeles and Singapore.. Also, a new set of crew joined us for this onward sector to Singapore.

Dinner service was to be served after take-off on this flight. I had already decided on the Japanese meal even before we got off the ground. 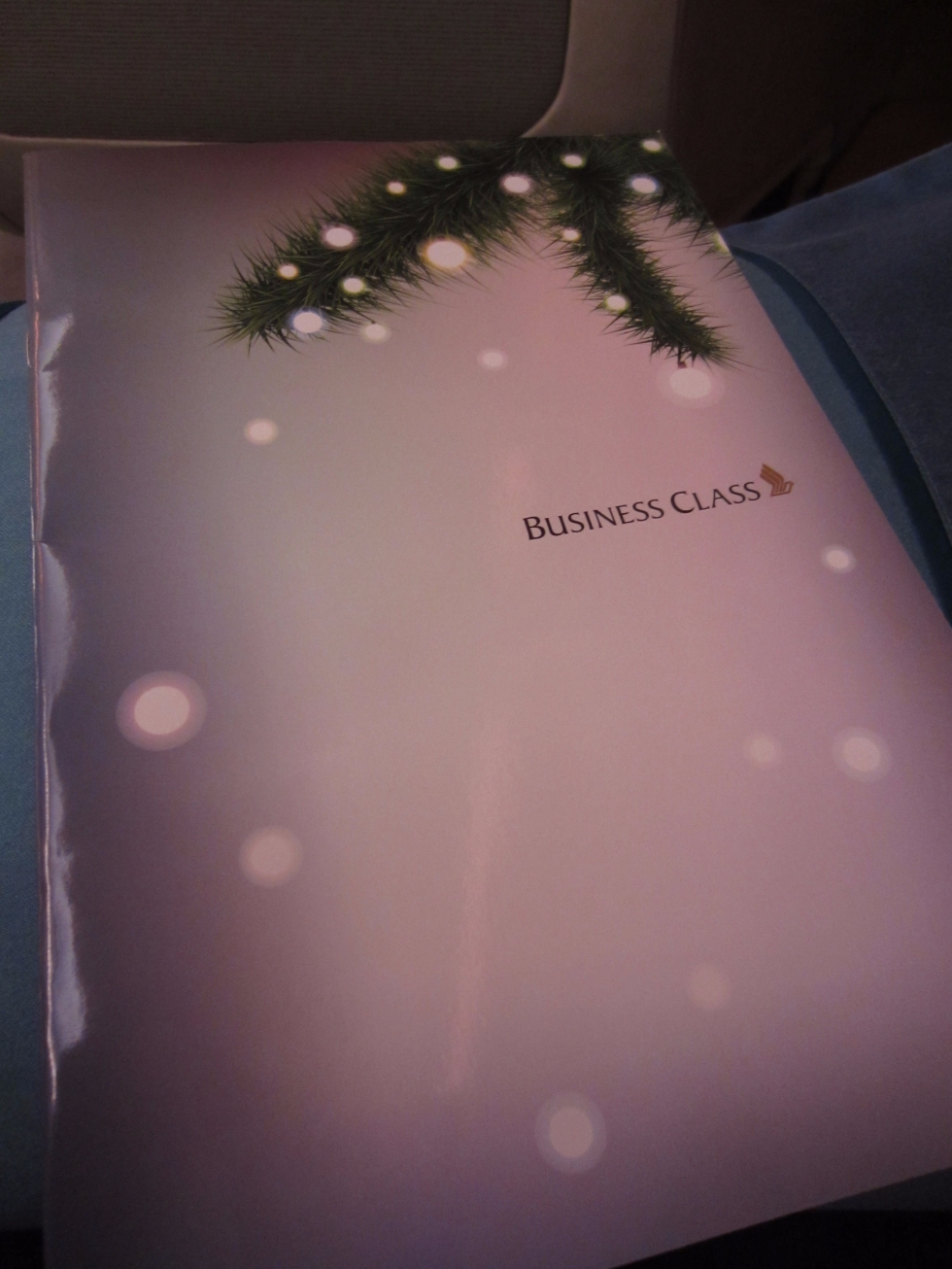 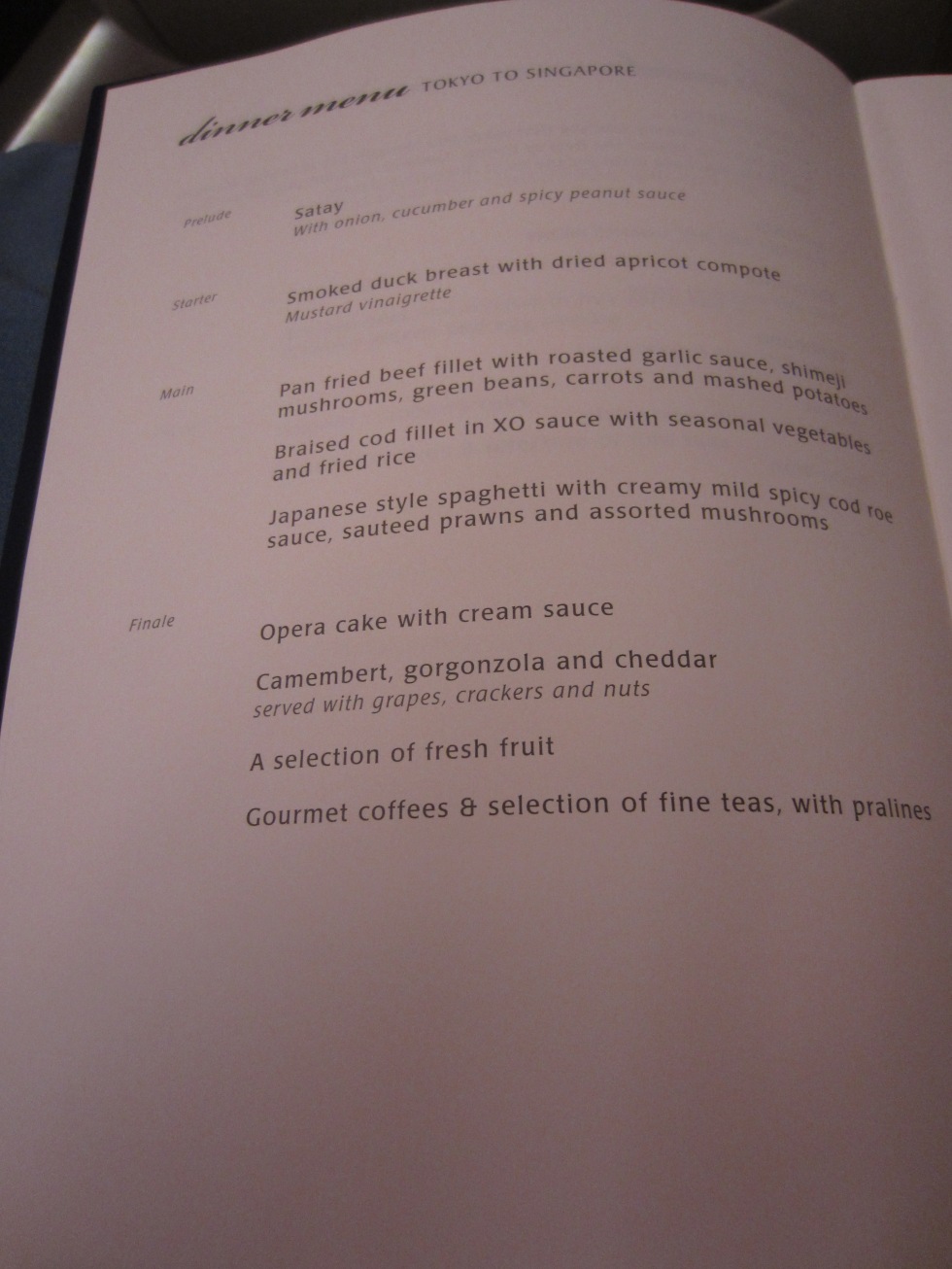 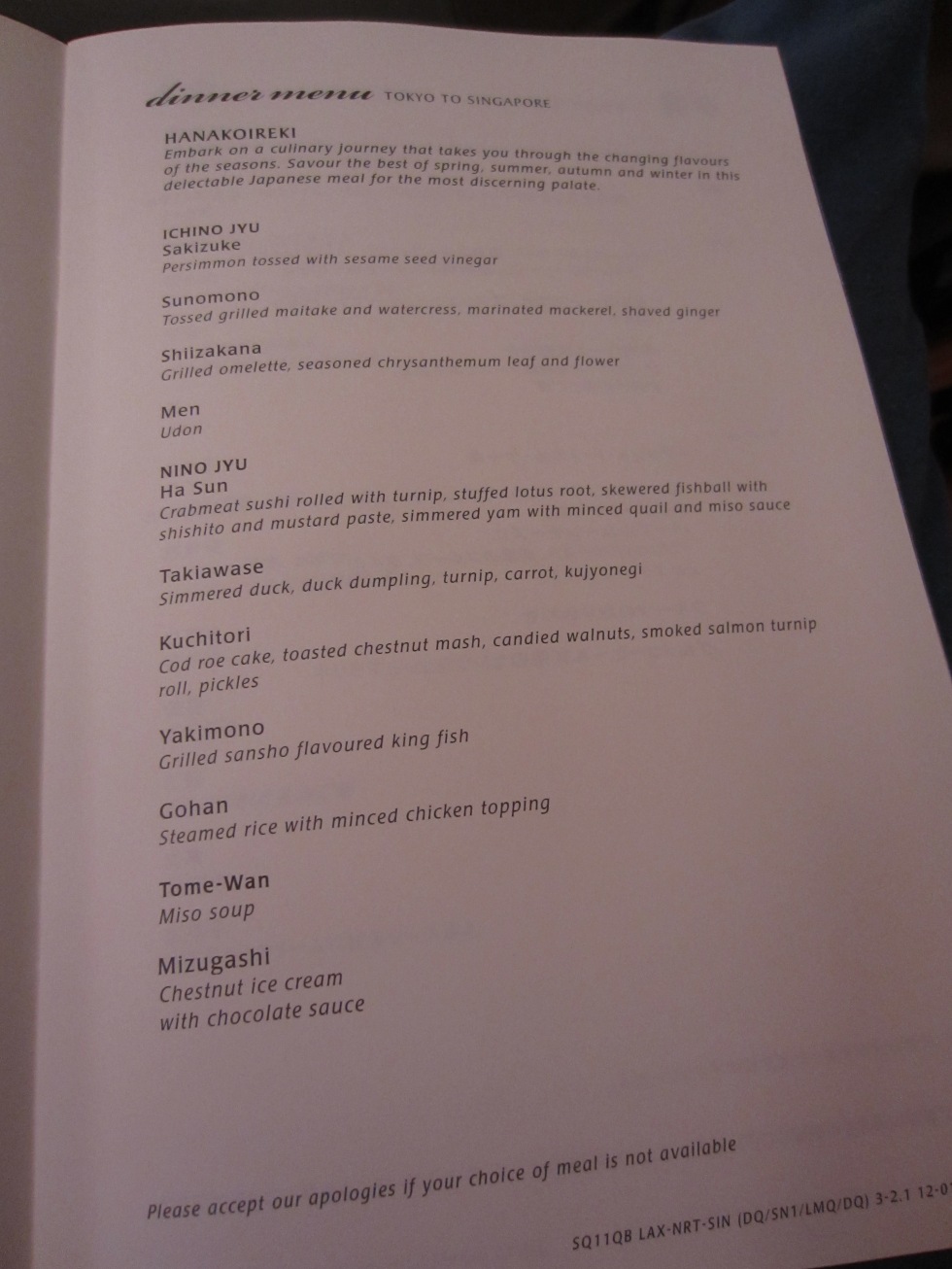 After an on time pushback and start up, we taxied to the runway with minimal delay and was airborne. Dinner service commenced starting with some satay, served with onion, cucumber and spicy peanut sauce. This was served to all passengers regardless of whether the selected meal was Japanese or not.

To round everything off, I chose the Western dessert, which was an opera cake with cream sauce. 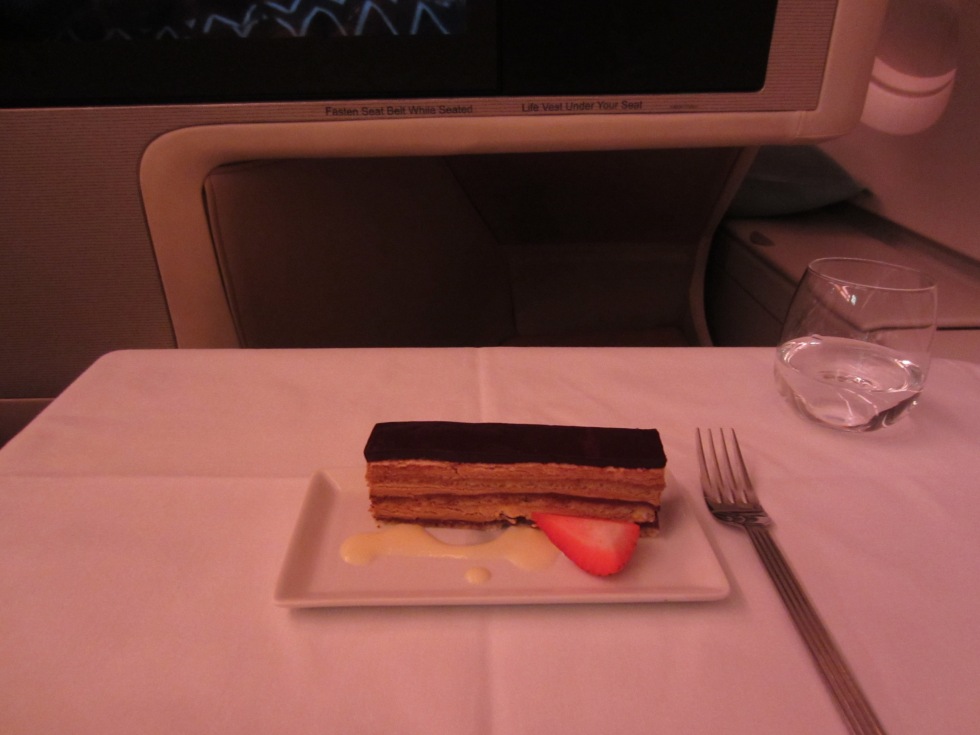 As I was arriving in Singapore in the early morning, I decided not to sleep, but instead to watch some shows on KrisWorld. This would have helped with the jetlag since I had crossed so many timezones all the way from Los Angeles. It was great to arrive in Singapore feeling ready to hit the sack, all thanks to the comfortable flight on Singapore Airlines.